Formal analysis is architectural knowledge. In the last 10 years, both in academic courses (Politecnico di Milano, Accademia di Brera, Università degli Studi di Genova, Athens Programme) and in research groups within Degli Esposti Architetti, several buildings from the Renaissance to the Modern are being studied by Lorenzo Degli Esposti, Paolo Lazza and their collaborators. Analysis and redrawings are being made on world famous Italian buildings and drawings by Leon Battista Alberti, Bramante, Michelangelo, Raffaello, Vignola, Peruzzi, Palladio, Sansovino, Bernini, Borromini, Juvarra, Piermarini, Cantoni, Muzio, Ponti, Asnago e Vender, Terragni, Figini e Pollini, Moretti, Mattioni, Mozzoni.
This continous research is nowadays developed also in conjunction with the photographer Maurizio Montagna, on exemplary examples of Milanese palazzi, including the same projects by Degli Esposti Architetti, which are developed and further analysed, before and after their completion, in an ongoing process. 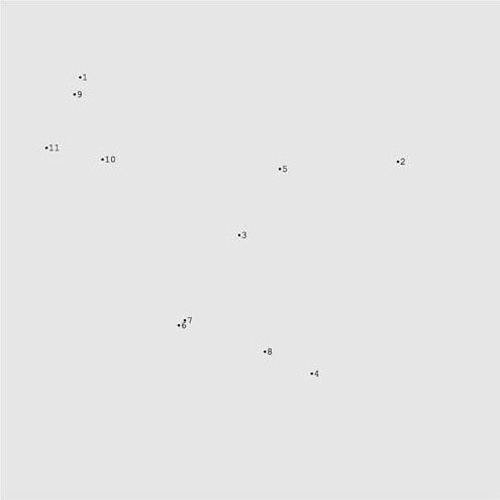 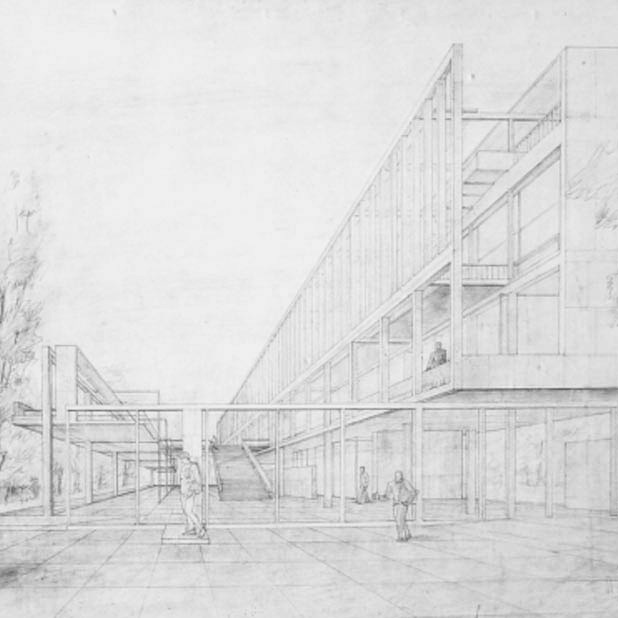 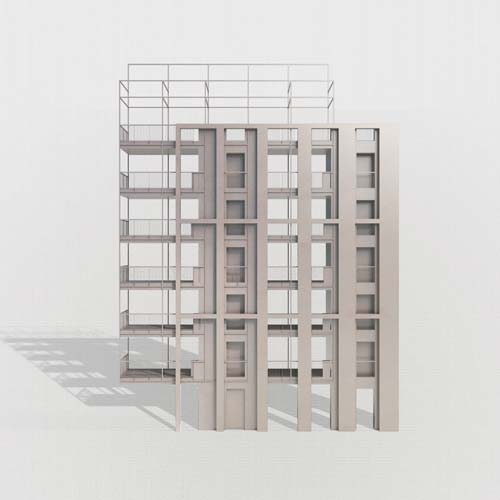 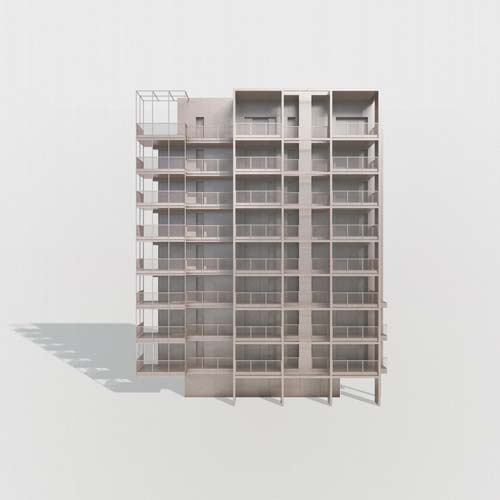 Operazioni (in arte e in architettura)

Lorenzo Degli Esposti, Operazioni (in arte e in architettura), Maggioli Editore, 2018.
Operazioni is the outcome of Degli Esposti’s Phd thesis, developed at the Politecnico di Milano with Ernesto d’Alfonso and in New York City, thanks to an invitation by Peter Eisenman in his office to study in depth the subject.

Operazioni (in arte e in architettura)

Art in the Sixties and Seventies – Minimal Art, Conceptual Art, Art-Language, Primary Structures etc. – investigates the procedures of appropriation, notation and process, to activate new readings and to produce new formalizations of the object, in the cultural climate of structuralism and protest. The works by Sol LeWitt, Walter De Maria, Donald Judd etc. share intentions and outcomes with the contemporary research by Peter Eisenman, Archizoom, Franco Purini, exploring the contradictions between the autonomy of the object and its relations with place and time. Operazioni (in arte e in architettura) traces this story from the point of view of a designer, questioning the reasons of the choices in the architectural and urban composition. 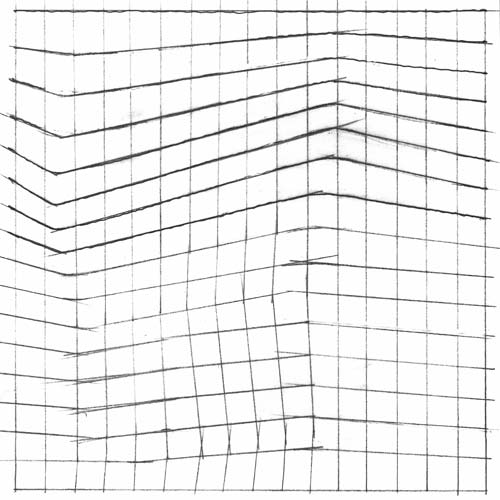 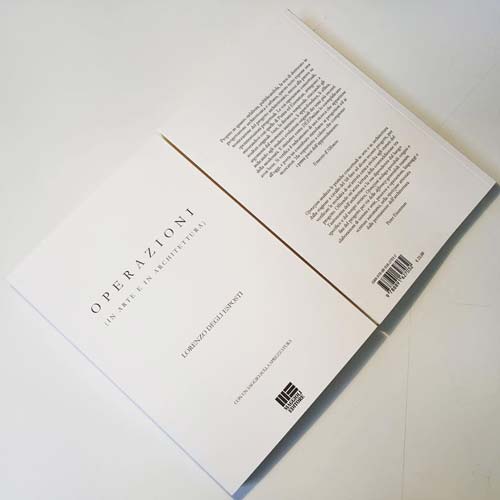 MCM. Milan Capital of the Modern

Lorenzo Degli Esposti (edited by), MCM – Milan, Capital of the Modern, Actar Publishers, 2017.
MCM is the outcome of the activities of Padiglione Architettura, curated by Lorenzo Degli Esposti within Expo 2015 Belle Arti, programme by Regione Lombardia, ideated by Vittorio Sgarbi.

MCM – Milan, Capital of the Modern

MCM is made up of texts and images from over 300 contributors from Europe and the US, across three generations, involved in the activities of the Padiglione Architettura of EXPO Belle Arti, a programme by the Regione Lombardia hosted in the Grattacielo Pirelli during the EXPO 2015. They investigate the relationships between modern architecture, the city of Milan (Razionalismo, reconstruction, Tendenza, Radical Design, up to current research) and the city in general, between single and specific works and the large scale of the urban territory, in the contradictions between autonomy and dependence on specific place and historical time.
The idea of MCM is that each capital of the Modern brings an original version of modernity in architecture: in the specific Milanese case, this kind of Modern is characterized by the simultaneous presence of abstract, systematic and syntactic features and an ontological conception of both buildings and architectural and urban voids. 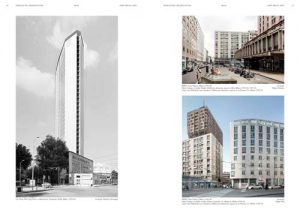 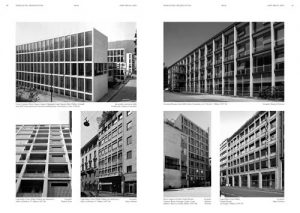 The Architecture Pavilion (Padiglione Architettura) is part of EXPO Belle Arti by Vittorio Sgarbi, programme of Regione Lombardia and the Triennale di Milano, intended to present the cultural and artistic excellence of Lombardy to the citizens and visitors of the Expo 2015 international exhibition. The Padiglione Architettura is curated by Lorenzo Degli Esposti and hosted in the Grattacielo Pirelli by Gio Ponti, Pier Luigi Nervi and collaborators, as well as it is extending throughout Milan and in the other cities of the region, through several events and initiatives in the design schools, museums, archives, practices, and galleries opening their doors to the public. 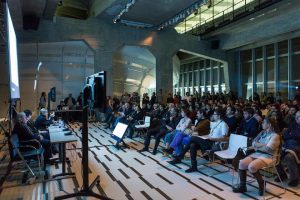 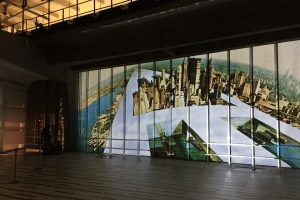 Modern architecture, the bearer of cosmopolitan and universal acts, articulated itself through specific centers of propulsion and revision: cities such as Amsterdam, Paris, Chicago, Berlin, London, New York, Tokyo, and Milan itself. Places in which architecture, urban planning, and design are continually updated, contested, and renewed. The case of Milan is exemplary in this regard: rationalist architecture with its apex in Terragni, its revision in the 1950s centered around figures like Ponti and Rogers, La Tendenza with Rossi’s signature, the explosion of Lombard design and industrial production, up to the current research projects and experiments.
Within the Padiglione Architettura, the program Milan, Capital of the Modern (Milano capitale del Moderno) is offering conferences and symposia on architecture and the city, both on individual works of architecture and on the city as a center of the development of architectonic culture. Milano capitale del moderno is divided into the following sections: Sull’accademia – Schools and Research; Sul moderno – Itineraries of Modern Architecture; Sul libro – Theories and Histories; On Line – Architecture Publishing; Sull’opera- Architects at the Belvedere.
The designation of Milan is meant to be inclusive and in fact represents, in addition to the city itself, the specifically Lombard type of urbanization: the polycentric city, part of the particular megalopolis that goes from Turin to Venice and Ravenna, whose form was already foreshadowed in the 1700s by Francesco Milizia and Pietro Verri and in the 1800s by Carlo Cattaneo, and whose scale was pinpointed in the twentieth century by, among others, Jean Gottmann and Eugenio Turri. This specific type of large-scale human settlement – where the city and the countryside can coexist while remaining separate – is a topic of great interest, and a possibility for the future of megacities.
Milano capitale del Moderno is housed in the emblematic space of the Pirelli skyscraper’s Belvedere (panoramic viewing deck), open exceptionally to the public during the days of the exhibition for the entire duration of Expo 2015. 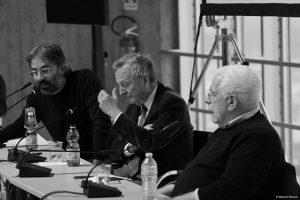 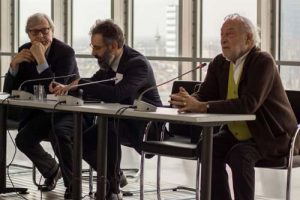 The exhibitions La città ideale. Omaggio a Guglielmo Mozzoni and Architettura Sintattica, parts of the Padiglione Architettura, have been organized in the Grattacielo Pirelli during the Expo 2015 semester.
La città ideale. Omaggio a Guglielmo Mozzoni: Guglielmo Mozzoni’s dream to have his urban visions exhibited in the EXPO came true: the Città Ideale proposal, which could have been the solution for the problems of the EXPO area, and the Mattamondo model are at last exhibited in the lobby of Pirelli, having the city of Milan as background.
Architettura Sintattica: Curated by Lorenzo Degli Esposti and Maddalena d’Alfonso, exhibition of 40 shots by 10 photographers (Cirenei, Introini, Menghi, Montagna, Petronio, Poli, Ripa, Romano, Sabatino, Zerbi) related to 15 masterpieces of modern architecture built in Milan and Lombardy from 1920 to 1960. Projects by Muzio, Terragni, Cattaneo, Lingeri, Ponti, Moretti, BBPR, Bottoni, Minoletti, Asnago e Vender, Mattioni, Viganò, Mangiarotti, Soncini, Mozzoni, Caccia Dominioni, Rossi. 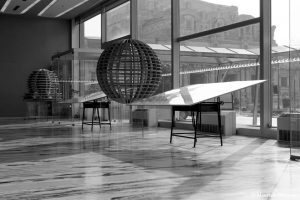 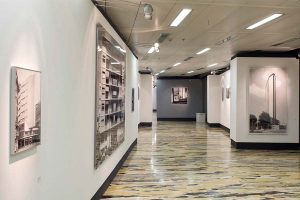 Dear Visitor, the site requires you to accept cookies for performance, social media, and advertising purposes. Third- party cookies for social media and advertising purposes are used to offer social media features, personalized advertisements, and profiling. For more information, press the “more information” button. You can always change your preferences by accessing the “Cookie Settings” section of your browser. For complete details, see the Privacy and Cookie Policy. By accepting cookies and the processing of personal data, you can proceed with navigation on the site If you do not agree, you cannot proceed with navigation on the site, or you can do so in a limited way with only technical or performance cookies.AcceptPrivacy policy