Degli Esposti Architetti is a leading partnership practicing architecture, urbanism and infrastructure design, founded in 2006 by Lorenzo Degli Esposti and Paolo Lazza, based in Milan. Degli Esposti Architetti’s refined approach to design is the outcome of continuous research and practice, from early works in collaboration with the primary figures of the XX Century architecture up to the current projects. Degli Esposti Architetti’s project is on the palazzo in urban and metropolitan contexts (for dwellings, offices, mixed use), thanks to both a broad practical experience (several built works and commissions) and fundamental studies on historical precedents and contemporary examples, in Milan and other world cities. 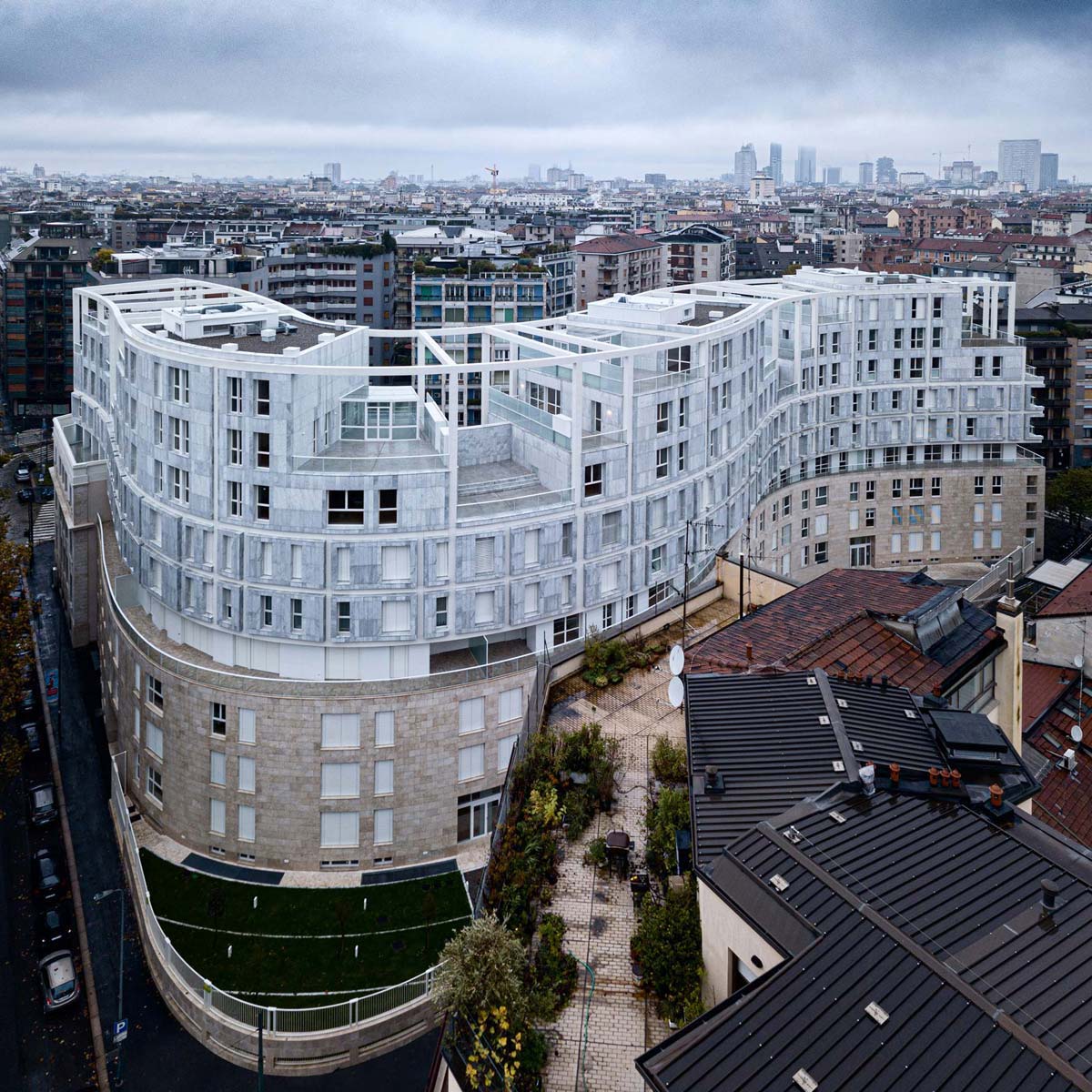 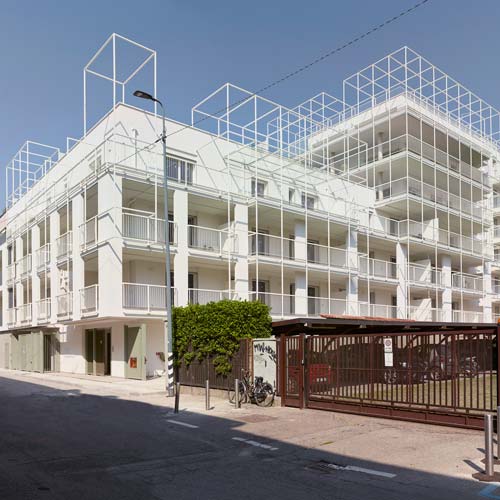 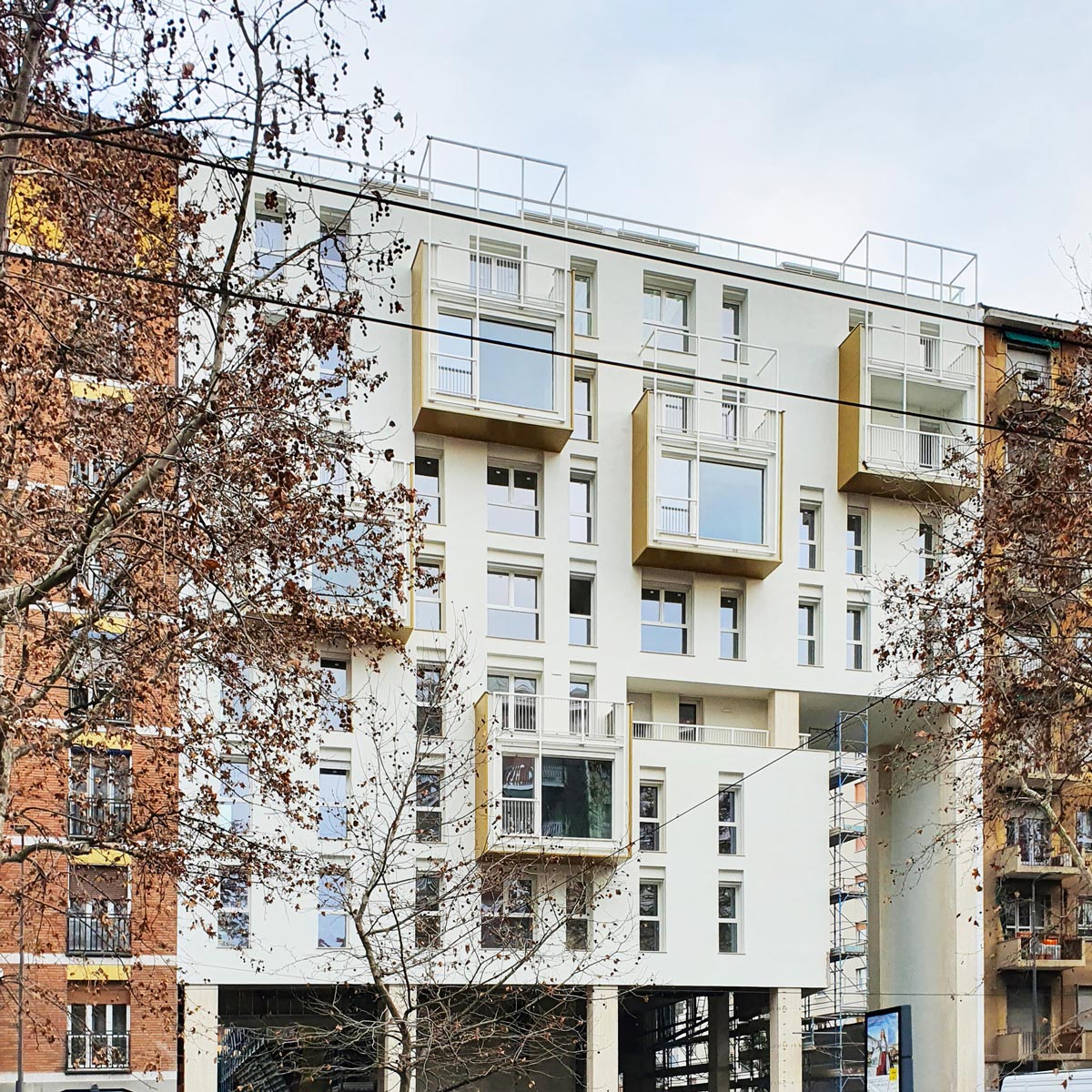 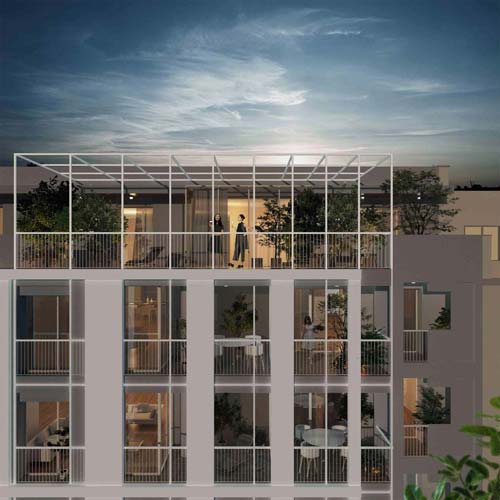 The principal projects in which the firm Degli Esposti Architetti is involved include the 150.000 sq ft Residenze Carlo Erba, an urban block formerly occupied by the headquarter of Rizzoli Editore, then by Rinascente and the Zurich Insurance Group, project in conjunction with Peter Eisenman; several real estate developments in Milan, such as the residential complexes Casa Selene (98 viale Umbria), Domus Thalia (46 via Tolstoi), Casa Calipso (via Tagiura), Palazzo Eurimone (29 via Piero della Francesca), Casa Cloto (via Benigno Crespi), the 200.000 sq ft urban development Zona B di recupero R7.5. Among the completed buildings are the following: Casa Tersicore (Apartment building, 12 via Sala, Milan), Residenze Teia (Apartment Building, 10 via Paisiello, Milan), Casa Anfiro (Apartment and shop building, 55 via Cassala, Milan); then the 200.000 sq ft PAS 2 / PAS 3 Masterplans (apartments and shops, Cormano MI), and the upgrading of the historic center of Colnago along the river Adda, between Milan and Bergamo. Degli Esposti Architetti was a consultant for the architectural aspects for the winning consortium of the Autostrada Pedemontana Lombarda – second lot (from Dalmine BG to Lomazzo CO), nowadays under construction. Degli Esposti Architetti regularly takes part in international design bids and competitions, having earned more than thirty invitations and awards, for projects of masterplans, waterfronts, public buildings, restoration and reuse of listed buildings.

In 2007 and 2008, Degli Esposti Architetti was selected by the Triennale di Milano within the 30 firms of the city invited to the Open Studio event. In 2012, Degli Esposti Architetti was selected by the École Spéciale d’Architecture de Paris, in a batch of 50 leading international young firms invited to the Pavillon Spéciale initiative. In the last ten years, Degli Esposti Architetti has been included in the top 100 Italian firms according to their annual income (source: national newspaper IlSole24Ore-prof. Norsa). During the Expo 2015, Lorenzo Degli Esposti was appointed curator of the Architecture Pavilion of Regione Lombardia, hosted in the Grattacielo Pirelli by Gio Ponti and Pier Luigi Nervi. The activities of the Architecture Pavilion has been published in the 600 pages book MCM – Milan, Capital of the Modern, English and Italian editions, Actar Publishers, New York, 2017, kept in more than 50 institutional libraries worldwide. Degli Esposti Architetti is among the 30 nominated studios in the first edition of Premio Italiano di Architettura 2020 by Fondazione MAXXI di Roma and Triennale di Milano.

Dear Visitor, the site requires you to accept cookies for performance, social media, and advertising purposes. Third- party cookies for social media and advertising purposes are used to offer social media features, personalized advertisements, and profiling. For more information, press the “more information” button. You can always change your preferences by accessing the “Cookie Settings” section of your browser. For complete details, see the Privacy and Cookie Policy. By accepting cookies and the processing of personal data, you can proceed with navigation on the site If you do not agree, you cannot proceed with navigation on the site, or you can do so in a limited way with only technical or performance cookies.AcceptPrivacy policy